May 18, 2022
Trending Now
Home Whispers My Own Karate Kid 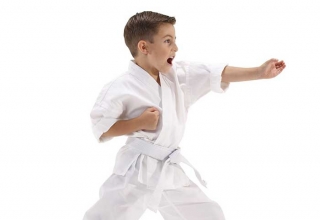 Yesterday was the first karate class for my little sweet kid ( he is only 4 years old. My little hero 🙂 ). I really was so happy & excited, more than my little kid .

I tried to prepare him as I spent a long time telling him about karate and how much karate is a nice sport that will build our bodies and make us stronger. Also I bought him the karate costume.

In the expected day, we went home after a long day of work. I hugged my son and said “oh, I really missed you and I love you very much” then I said “do you know that today is our first class in karate? We will be strong and have fun ” . He said “Wow, when will we go?”, so I told him that we will have a quick meal then get ready to go.

We decided to go on foot to have some time for chatting. I looked at his eyes and said “I love you so much” then I asked him more about his day and if he had a good time in the kindergarten and he started telling me some nice and funny stories.

We reached the gym and entered the training room where another group was already having their class. He saw the coach and the large number of kids then he asked me ” Mom, do I have to do like that?” and before I could answer his question the coach and the little kids said with one loud voice “ki” – or something like that as I really panicked and I was concentrating on my son reaction about what was happening around him where he also was shocked and tried to close his ears.

After minutes, the class finished and it was my little kid class to start. I said “let’s go, honey”. he kept standing where he was and suddenly, It happened what I was expecting, he started crying and crying. I hugged him and said “honey, you will have so much fun and I am here waiting and watching you my hero” .

I entered with him to take his place and the coach started to talk and asked the little kids to some some exercises and then he come and try to talk to him and to learn him how to do like the other kids (my little son was the youngest in the class) , so I tried to get back slowly and I had a seat and start watching him do some funny and nice movements that do not relate to the karate – or even to any other sport- at all. but I really was happy when I saw his smile.

Finally we finished our class and went home where I asked him “did you had a nice time?” he said “yes, I did and I will have more next time”. for sure I will let you know what will happen in the next class 🙂

With your kids, you always have to expect everything, so just be READY :D

I used to be very happy to celebrate a new year. I am not saying that I am sad now, but I …

I’m Ayah Ahmed, A working mother who is doing her best to be a real good role model for her little son. 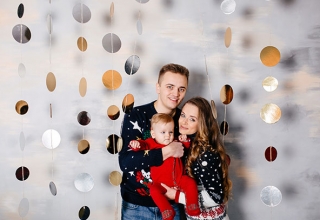 I used to be very happy to celebrate a new year. I am not …

© Copyright 2016, All Rights Reserved Powered by WordPress | Designed by Bdaia
×